Ruth Patrick was born and raised in Canada. She was educated at the University of Toronto and then she moved to California in 1983. She has been here ever since. She completed her Master’s Degree program in English literature and Education State Certification in Domestic Violence Advocacy. She worked as a curriculum writer and teacher at Stanford’s Center for Research in Disease Prevention. She developed and implemented a curriculum raising awareness about eating disorders in young women.

Thus in 2011, her company, WomenSV (Women of Silicon Valley) was incubated at and received its first grant from the Los Altos Community Foundation.  They worked under the umbrella of this non-profit organization. They thus enjoyed the benefits of its 501 (c)(3) IRS Tax Exempt status, and a long history of public service and impeccable reputation.  Domestic Violence Intervention Collaborative in San Jose (DVIC) became their fiscal sponsor for several of years.  Then in 2017 they were able to have their own independent 501 (c) (3)  non-profit company.

At that time Ruth realized that she may have been trained in domestic violence but she had no experience in business.

“I needed help with the business aspects of running a non-profit and wanted to learn how to think more like a business in terms of sustainability”. In 2012, Ruth contacted SCORE and met John Edwards.

At SCORE, John Edwards started her in business education and helped her move from idealistic vague ambitions to finely tuned strategic practical plans. John then connected her to Jerry Jensen who has become Ruth’s number one business advisor over the past 5 years. Jerry has served SCORE for over 20 years counseling small businesses.  He has been a small business owner, and also worked for large companies. He helped Ruth develop a business plan, a strategic vision, and a budget.

“Jerry’s guidance and advice is the reason I was able to achieve 501 (c) (3) status for WomenSV. He also encouraged me to think more in terms of numbers, measurable outcomes and this is vital when applying for funding”,said Ruth

“I will be always be grateful to SCORE.  Without their help WomenSV would still be just a twinkle in my eye”. Ruth added.

In its first year WomenSV served 50 clients. This past year they served 150. Since their program began in 2011 they have served over 900 clients—7 of whom have been men. WomenSV has come to be recognized as having expertise in the area of domestic violence in the affluent community. They have been invited to do training for law enforcement, district attorneys, lawyers, therapists, and court staff.

Tony Harris of CNN and Megyn Kelly of NBC have interviewed WomenSV. There is a documentary featuring WomenSV as the second of 3 stories about domestic violence, available for free on Amazon Video (Behind closed Doors: Shocking Secrets).

In 2017, the San Jose Business Journal named Ruth ‘A Woman of Influence.  This summer she was invited to present at an international conference for the Association of Threat Assessment Professionals in Anaheim California. Its 1,000 attendees included FBI and CIA agents, district attorneys, therapists and law enforcement. She has also presented at the Domestic Violence Council’s Annual Domestic Violence Conference. Last year WomenSV raised $35,000 at their first annual fundraiser. This year they raised $50,000. In addition to many private donations, they have also received additional funding from their local Los Altos City Council, local newspaper (the Los Altos Town Crier), Rotary Club, and local corporations such as Hewlett Packard and GoPro. WomenSV has come to be recognized as a leader in the field of domestic violence in the affluent community.

Ruth’s future goal is to scale their operation up and eventually have a WomenSV branch in every affluent area of the country. She would like to have a building and a staff of at least a dozen offering services that include strategic safety planning, legal advice, restraining order help, and education on domestic violence, professional training and public presentations on a much broader scale.

What do you do?

Ruth Patrick was born and raised in Canada. She was educated at the University of Toronto and then she moved to California in 1983. She has been here ever since. She completed her Master’s Degree program in English literature and Education State Certification in Domestic Violence Advocacy. She worked as a curriculum writer and teacher at Stanford’s Center for Research in Disease Prevention. She developed and implemented a curriculum raising awareness about eating disorders in young women.

As a beginning social entrepreneur she developed and implemented a program designed to raise awareness about domestic violence issues in an affluent community,

In 2011 she pitched a proposal to the Los Altos Community Foundation. Her mission was to fill several service gaps: 1) a lack of domestic violence services for survivors in the northern part of Santa Clara County 2) a lack of services addressing the specific needs and challenges of women involved with powerful/wealthy abusers; 3) a lack of awareness and understanding about this issue amongst the general population; 4) a lack of training on this issue amongst providers in the legal, counseling, law enforcement, social services, educational and court systems.

“I will continue to rely on SCORE and my mentors to help me revise my business and strategic plans, including next steps in scaling up. Without SCORE and my mentors, Jerry Jensen and John Edwards, WomenSV would still be just a dream”. Ruth also added, “They helped me turn that dream into a reality that has helped close to 1,000 women and several men deal more safely and effectively with the challenges and risks of being involved with a powerful, affluent abuser. Thank you SCORE”. 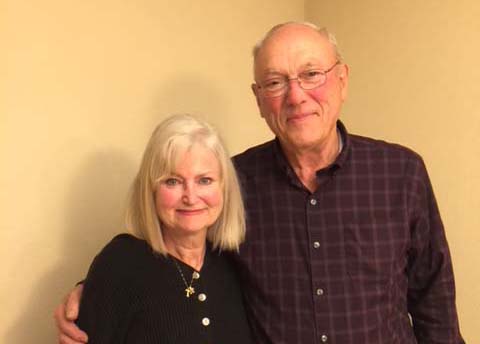